If you are going into the world of music as a profession, one of the things you are going to hear is treble. You will also get to hear about middle and bass, but not everyone knows what treble actually means. What does treble do? How important is treble in music? These are questions you should already have the answers to when you find your way into the world of music, and this post will be providing you with answers to these questions.

Treble and bass are two words that constantly come up even when you are trying to make adjustments to your on your stereo, and treble implies high notes. What treble does is it keeps its focus on the tones present in the frequency or range which is found at a human hearing’s higher end. What this simply means is you are going to get more clearer, louder, and detailed sounds when you turn up your treble.

If you have an idea of middle (midrange) and bass then you must have an idea about treble as well, and all of these come with a composed infinite frequency number, and the highest of the treble, midrange, and bass is the treble. The word treble was gotten from Latin word Triplum, and it was used in denoting a motets highest and third range in the thirteenth century. Treble can also imply the highest sound frequency.

This is why you will get detailed and brighter sounds when you increase the treble sensitivity of a stereo system, and you will be able to see that emphasis will be focused more on high notes. There are different variations of treble in music, and the treble clef is the music scripture used in denoting treble in written musical form. Another word for the the treble clef is the G clef, and this explains the pitch and notes of degrees to high sounds.

Moving forward, there are various instruments that work well with the treble clef. We are talking about instruments like the flute, trumpet, guitar, violin, and the saxophone. The treble clef is often applied in western music since it works well with very popular instruments, and the fact that you will find treble on equalizers and car stereos explains why so many people are familiar with the word treble.

One fact we want to point out about treble to everyone is treble doesn’t have the capacity to alter the overall tone of any song when it comes in audio systems. However, laying emphasis on higher notes means the sounds will get brighter and clearer. When this is applied to a radio station, increasing the table frequency means you are going to hear the presenters voice more clearer than you can imagine.

Increasing the table frequency also means you can be able to lower it, and trust that you will be able to obtain mellow sounds when you turn down the radio’s frequency. On the other hand, your music will sound like it doesn’t have enough power if you lower table frequencies, making the song to sound very weak. However, there are musicians that still prefer it this way since they have a way of fusing such sounds to match their style of singing.

This is why you must search for the right table frequency at all times.

Check This Out – What Are Violin Strings Made Of

What Does Treble Do 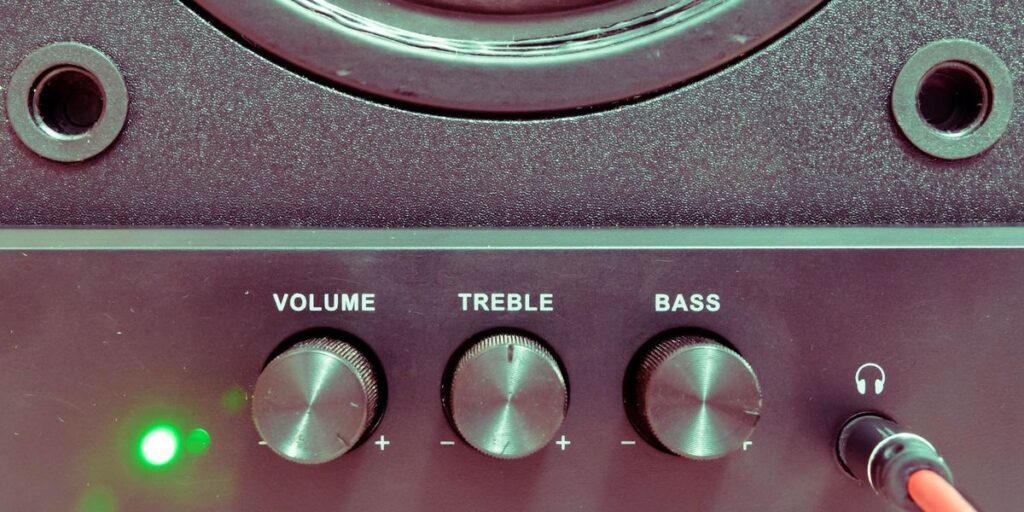 Is Treble Better Than Bass?

There is this constant argument if treble is better than bass, and the answer is the treble is not better than the bass. This doesn’t mean the bass is better than the treble either, but we want you to know that working with an emphasized bass and an emphasized treble will yield nothing but extremely harsh sounds. This sort of sounds will never sound pleasant when it meets the ears, so make sure they are both balanced for the best sound experience.

You might be wondering whether treble setting is going to affect the bass setting. The answer is yes as there will be a decrease in the vibration that bass produces in an audio system when you turn up the treble higher than the bass. The function of the treble should be maintaining balance which makes whatever you are listening to very enjoyable. There are various types of treble in the world of music today.

We are talking about the;

The music played by an orchestra or band will have a lot of excitement and energy with the help of treble, and you can clearly see this when contrasting treble with bass instruments.

Read This – What Do Singers Hear In Their Earpiece

Now that you have a very good understanding about treble music and how to relate it with bass, you can go ahead and try everything we have said out on your audio system. Remember that balance is required for treble and bass to coexist or you will only get to listen to unpleasant sounds.