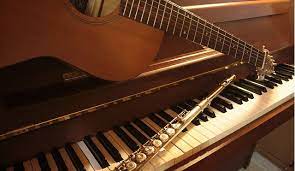 Is piano easier than a guitar in terms of learning and ease of play? It is a common question that has constantly been at the center of arguments between several instrumentalists. There are several answers to this question, but it all depends on a person’s preference.

Anyone who has played both instruments will tell you that learning the piano and guitar can be challenging. The truth is a person’s age will determine which is easier to learn and play.

The guitar is the easiest instrument for adults because they will not find learning about songs from a beginner’s stage.

On the other hand, the piano will be elementary for a younger person or student to play because they do not have to deal with strumming right-hand patterns and gripping guitar fretboards. It will interest you to note that playing the piano and guitar allows for the unlimited challenge, growth, and advanced stages.

This article will carry out a profound comparison between playing the guitar and playing the piano. We hope that when you are done reading this article, you will choose or decide which instrument you think will be easier to learn how to play.

Is Piano Easier Than Guitar? Side By Side Comparison 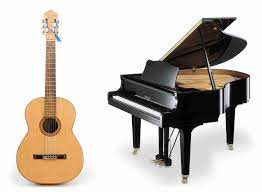 Few features distinguish playing the piano and playing the guitar. However, the layout of a piano is very different from that of the guitar, which shows in every single note being played.

A single note you play on the piano corresponds with a single key, but a single note on the guitar can be linked on multiple strings. Thus, a piano offers clear sounds no matter how hard you press the key, but a guitar requires pulling strings hard, or you get a buzz.

Finally, you can learn the strumming patterns and chord shapes on a guitar so you can play your favorite song, but a piano requires being taught by an instructor as playing it can be very challenging. So now, let us look at some of the side-by-side comparisons between a piano and a guitar.

Side By Side Comparisons

What I mean by easier learning songs is a person’s ability to play an instrument’s chord while singing along. Going by this explanation, you will agree that it is much easier to learn about songs while playing the guitar rather than playing the piano.

Guitar students will quickly learn about strumming patterns and chords, and since several pop songs use various chords, a guitarist will find it easy to learn about songs while playing the guitar. In addition, creating a chord shape on the guitar means you can’t play a wrong note as the chord will produce desired sounds.

It is a cluster of two notes followed by three notes, and you will get a higher pitch sound when you move to the right. Moving to the left produces a lower pitch sound, and all of these make learning scales and other concepts very easy on a piano.

Guitar layouts are very complicated compared to a piano’s layout. Even though you have just six strings on a guitar, all of these strings can produce several pitches.

It tells you that learning about classical and jazz songs can be accomplished while playing the piano, but the guitar only helps you learn about your favorite songs.

The first one to two months is the stage we refer to as the beginner stage when playing an instrument, and this is the stage where you get to practice techniques for about fifteen minutes.

The early beginner piano stage involves using both hands while playing, and notes will sound very clearly regardless of how hard you strike them. At this stage, learning how to play the guitar is very challenging, and let’s explain it below;

The challenges that come when you are in the early beginner technique guitar stage include;

So many tutors who teach children how to play the guitar and piano prefer teaching kids aged five to ten, and kids are likely to hate the soreness they feel when they press on a guitar’s strings.

Kids will not feel any finger pain when learning how to play the piano, so you can introduce your child to the ukulele when teaching them how to play the guitar. Ukuleles are described as baby guitars as they possess four easy-to-press and closely spaced strings. 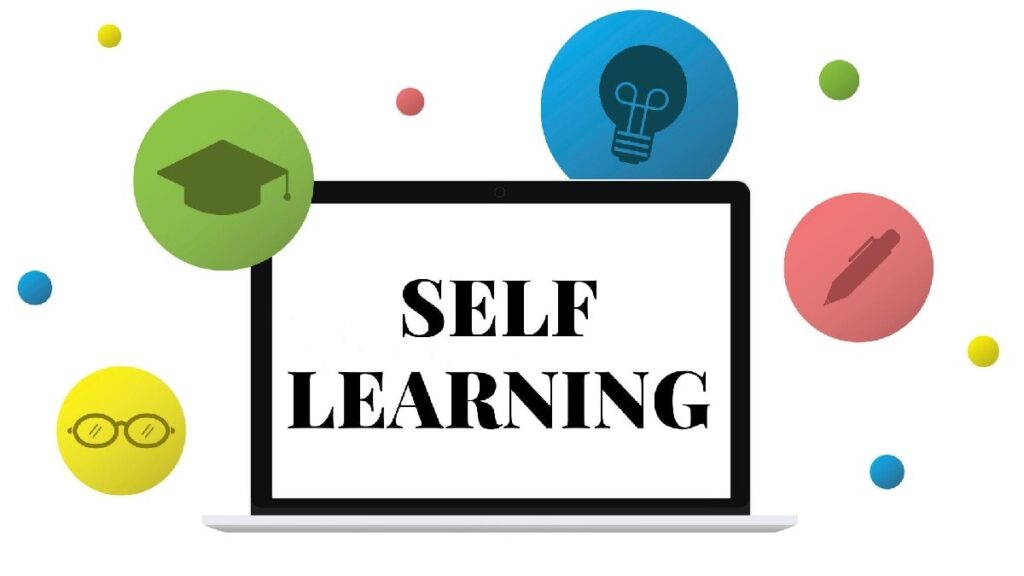 Sharing music on a guitar is easy because of its portable design, and it is easier to take outside for events or small gatherings, especially in small spaces.

Interestingly, you can play the guitar among a group when people are conversing, but sharing music on the piano can be challenging. A piano is large by size, making it the center of attraction anywhere it is kept, and it is impossible to wheel a piano to the center of a group.

It means you will not be able to play the piano in the center of a group while conversations are being held, and this tells you that the portability of a guitar makes it very easy to share music.

On the other hand, a guitar only requires a few minutes to get tuned, and re-stringing a guitar might cost five to ten dollars. Re-stringing a piano costs hundreds of dollars.

From the points we have noted above, you can tell that maintaining a piano is very costly compared to maintaining a guitar. However, the self-teach, portability, and ease of playing the guitar make learning easier than the piano.

It is easier at the beginner stages, but the piano will be a better option if you are more interested in classical music. Kids can learn how to play the piano even at a tender age, depending on what fascinates a child.

Piano Or Guitar – Which Is More Attractive

When talking about learning how to play the guitar, there is a particular guitar that you will find very easy to play.

One frequently being asked is if one can learn how to play the guitar and piano simultaneously.

But you might benefit from learning how to play both instruments simultaneously if you have more than forty-five spare minutes of your time every day.

In general, the piano is the right instrument to provide you with the music theory concept and understanding you will need when going into the world of music.

You will find it easy to learn the guitar after finding your feet with the piano, so you should consider learning the guitar first if you prefer pop music or are interested in learning about both instruments.

I was hoping you could read This: How Many Hours A Day Should I Practice Piano

Are Pianos And Guitars Similar?

The piano and the guitar are similar instruments because they belong to the string family, but this can be unclear because a piano has lots of keys, and you can see the strings on the guitar.

When you hit a note on the piano, a hammer gets engaged, which strikers a string found right inside the body of a piano. A guitar is known to have only six strings, but a piano is likely to have about two hundred and thirty strings.

Guitars and pianos are similar because they are considered chromatic instruments. It means both instruments have the capacity to produce sounds on a chromatic scale.

However, you might not know what a chromatic scale is if you are yet to begin musical classes, and learning about music theory is probably the last thing on your mind right now.

Conclusion: Is Piano Easier Than Guitar

It should be enough to take away any form of pressure you have on you because learning one of these instruments right now will make it easy to learn another of it much later. So when choosing between a piano or guitar, the best option remains to go for the instrument that really gets you excited.

The instrument that gets you excited is where your joy and happiness lie, and you will not find learning how to play such an instrument difficult.

Does Playing The Piano Make You Smarter?